The Route 140 Study in Norton, Mansfield and Foxborough

The Route 140 corridor, also known as Mansfield Avenue in Norton, South Main Street and Commercial Street in Mansfield, and Commercial Street and Central Street in Foxborough, is a north/south running corridor, owned and maintained by MassDOT. The Route 140 study area encompasses nearly 8 miles of roadway and begins at the intersection with Route 123 in Norton, extending north through the entire expanse of Mansfield and continues into the town of Foxborough just past the Foxborough Regional Charter School to Leonard Street.

There are 9 signalized intersections within the study area, as well as two highway interchanges with Interstate 495 and Interstate 95. The study began in the spring of 2016 with an extensive public outreach effort and was finalized in April of 2018.

In Norton, beginning with the signalized intersection of Route 140 at Route 123, the study area encompasses parts of Wheaton College, the Norton Reservoir, the Great Woods Marketplace (Roche Brothers, Dunkin Donuts and McDonalds), and the TPC Boston Golf course. At the town line with Mansfield the study area includes the Xfinity Center and the Great Woods Conservation area, followed by an interchange to I-495 which is controlled by two separate traffic signals. Route 140 shares a brief stretch of highway with I-495, before it then splits off and continues north past a shopping plaza that includes Home Depot and Shaw’s Supermarket, as well as the signalized intersections at School Street, Norfolk Street, West Street and Chauncy Street (Route 106). Route 140 crosses into Foxborough and includes signalized intersections with Forbes Boulevard and Fisher Street, an interchange with I-95, Walnut Street, the Foxborough (Ocean State Job Lot) Shopping Plaza, Central Street with the study area ending just past the Foxborough Regional Charter School. 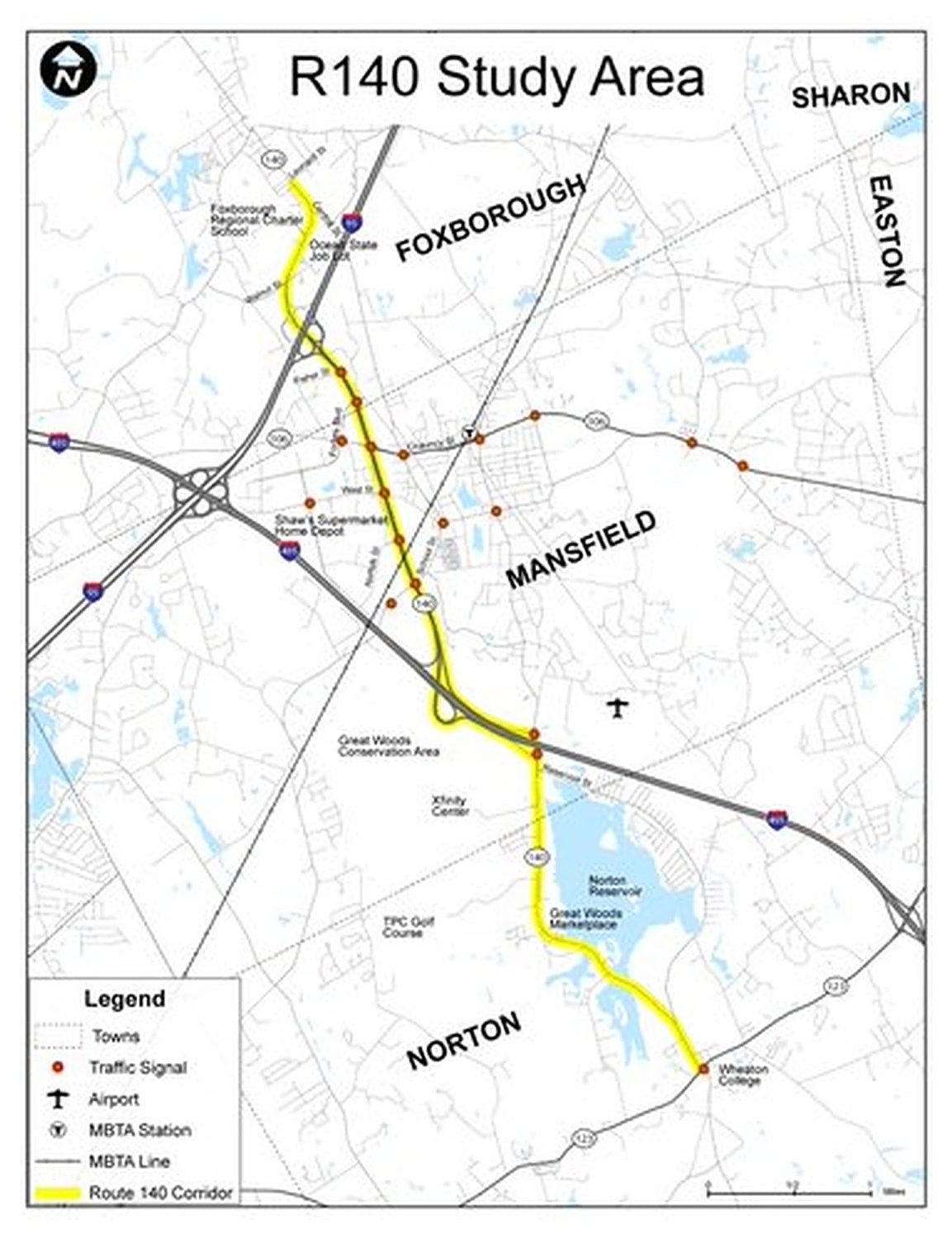 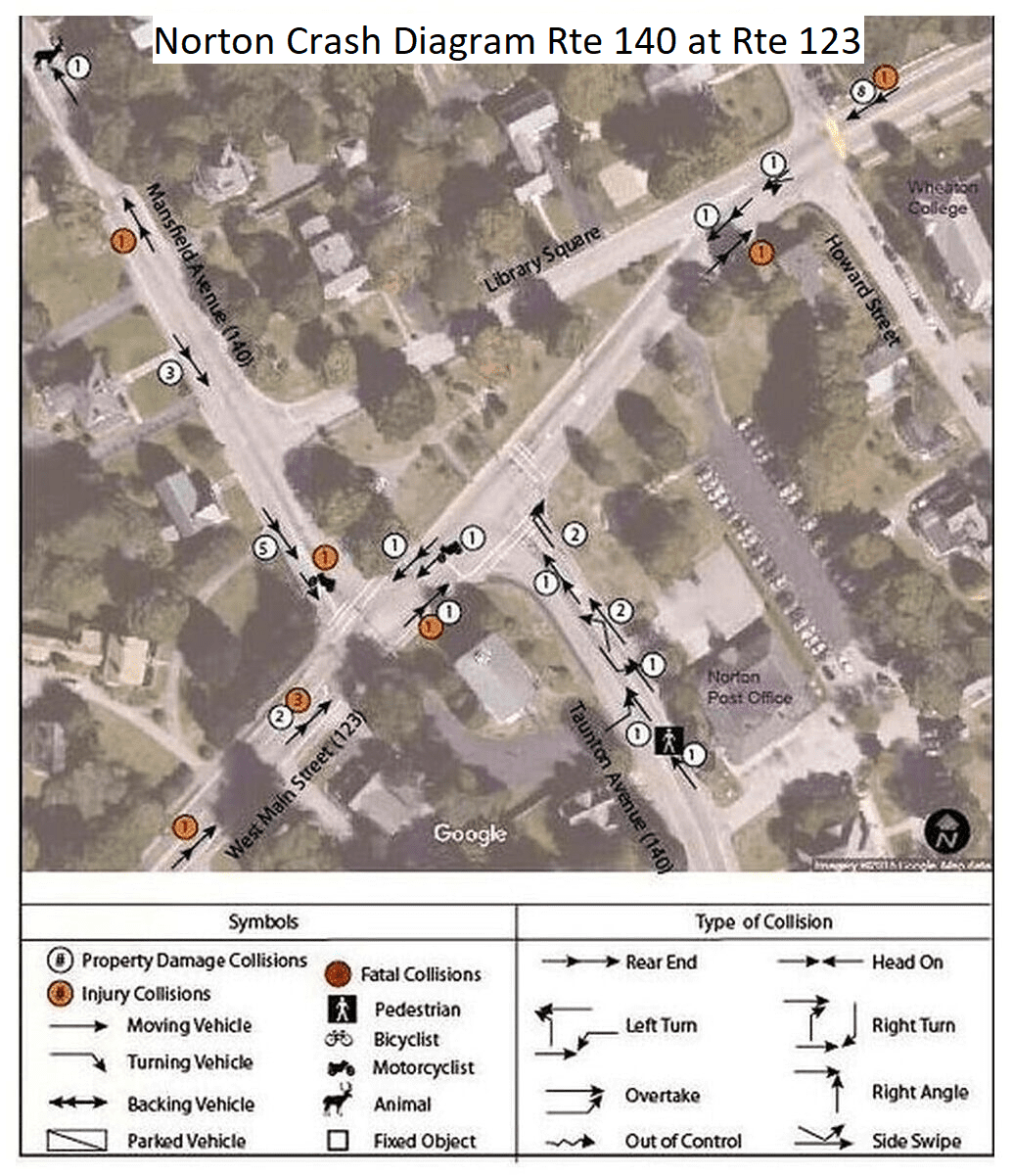